Notre-Dame de Paris Fire and the War on Beauty 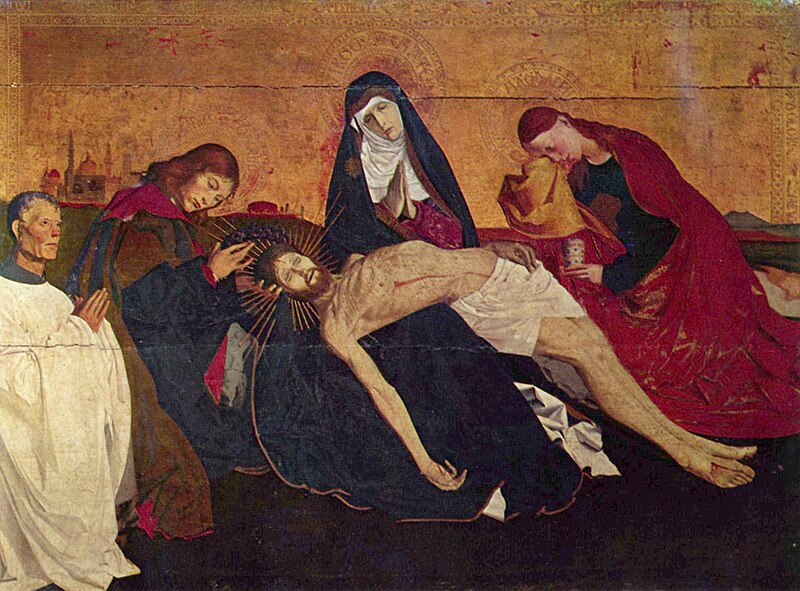 The burning of Notre-Dame Cathedral in Paris should be seen as an act of war by the state on the Church. We do not need proof. 200 years of Free Masonic war on the Church in France is enough to justify our suspicion.

When false flags were waved a few years ago, everyone was posting memes on social media with “Pray for Paris”. Where are the prayers now? The great Catholic theologian Hans Urs Von Balthasar once said that men who would forget the sense of beauty would forget how to pray and eventually forget how to love. Notre-Dame was a testimony to the truth of the church. Its majesty mocked man’s scepticism. It was difficult even for an unbelieving man to enter it without a sense of awe; without feeling a certain…. revulsion at humanist pride.

In an age of anxiety, men hide in squares and rectangles. Arches and vaults are the abode of spiritual men, confident in their relationship to nature but humble before God.

After two hundred years of their arrogant nonsense, atheists still cannot explain why no liberal civilisation has ever erected an edifice which could make men wonder. The Greeks could think because they could still experience wonder. They experienced wonder because they were moved by beauty as something real and objective, something that could be studied as a path to the transcendental — to truth. Athens was not great because it produced Socrates; Athens was great because it put him to death for insulting the gods! Of course, I’m being ironic and polemical. I’m trying to articulate the idea that the greatness of a civilisation is not measured by individuals, but by an architecture of values. Socrates was accused of corrupting Athenian youth, leading to Athens defeat against the Spartans. Being a great philosopher did not make Socrates more important than the Summum Bonnum.

On 19 March I joined Catholics all over Paris for a pilgrimage to Notre-Dame Cathedral to celebrate St Joseph’s day. It was my first pilgrimage. Thousands of French men marched through the streets of Paris singing hymns in French and Latin. When we arrived in our thousands in the Cathedral, we listened to a sermon by the Bishop who spoke as a man with premonitions of the pain in store for France.

There is a civil war in the Catholic Church which goes right to the Holy See. It is the deepest and most evil infiltration the Church has ever known. Civil war is brewing in the streets of Paris too. Everyone is talking about it. The working class have risen; the migrant crisis is out of control; and the country’s intellectuals are going to prison for criticising the state religion; a religion which most people are unaware of; but which rules over them. A religion whose temples are locked to the public; a cult of arrogance and superstition and ugliness:the diabolical sect of Free Masonry. Since its inception in the 18th century, Free Masonry has been condemned by several popes. Pope Leo XII warned that not only had it infiltrated European elites but that it was climbing the ranks of the Church itself.

Revolution in the streets

There is a reign of terror against anyone who talks about the state religion. Until now, heretics have been mocked. Until now, it has been possible to keep the heretics under control by dismissing them as mentally ill, intellectually challenged, simple-minded, naive, silly. But the State Clergy fear the masses. Week after week, they take to the streets. Bartenders, cafe owners, taxi drivers, workers of all races, creeds and classes are listening to subversive podcasts; sharing subversive blog posts, discussing subversive books and films. Last week, I popped into a café to interview my friend Iuri Rosca, former Deputy Prime Minister of Moldova. He’s on the run too  –  facing prison on trumped-up charges for his opposition to the EU State Clergy.

The bartenders knew us from our political work. They gave us the thumbs up in solidarity. In the front page of Le Monde as Notre-Dame de Paris Cathedral went up in flames, there’s a news story about Alain Soral’s impending incarceration for “negationism” Soral is France’s most famous dissident intellectual. There have been several attempts on his life and he lives in safe houses. He is the leading figure of one of the most dangerous political movements in Europe, dangerous that is in the eyes of the State Clergy.

The war on the Church in France

Up to 3 churches per day are attacked in France,  yet the public hears nothing from the media. Over 1000 churches were attacked last year. Satanists attacked hosts, spread excrement on the walls, broke statues. No one talks about it. No one even knows. But the attacks grow week by week. The enemies of the Roman Catholic Church fear France more than any other country. France is one of the few countries to have had a king made a saint, Louis IX, or Saint Louis of the 13th century.

On the 21 October, 1239 Pope Gregory IX wrote to King Louis IX. He declared the people of France to be the inheritors of the covenant God made with the ancient tribe of Juda. “The Tribe of Juda was the anticipated figure of the Kingdom of France” – he wrote.

For centuries France was the protector of Rome. In fact, the Papal States were a gift from France to the Holy See. French missionaries and religious orders did more than any other country in the world to spread the message of the Gospel. From 1309 to 1376, Avignon in the South of France was the seat of the Papacy.

In recent years, the realisation of the meaning of France has become more apparent. More and more intellectuals are writing and giving conferences about the role France is to play in the end times. There have been more Church-approved Marian apparitions in France than any other country. The nation is dotted with the most beautiful churches in the world; many of them have stood for over a thousand years.

In France dissident against the New Word Order is Roman Catholic. Everything else is foolishness. When Rome fell to a Free Mason death cult in the 1963 Vatican II council, it was the theologians of France who resisted. They had already had a century and a half of experience resisting the Masonic death cult since occultists took power in 1789.

Monsignor Marcel Lefèvre said in 1989 that Free Masonry was running the Church in Rome. He said he had written proof they wanted world government under their control. He said if he were to go to Rome he would not have to explain himself to them; they would have to explain themselves to him, as he simply defending the doctrines of the Church.

When the Blessed Mother is declared Reine de France once again, “negationism” will acquire a new meaning!

The Fall of Rome

The takeover of the Catholic Church by Satan was foretold in the 16th century by Our Lady of Good Sucess. It was predicted again in Fatima in 1917. Rome will lose the faith, she said. Well, Rome has not only lost the faith; Rome is rotten to the core. We now have a heretical pope protecting a cabal of child-raping Satanists. But he has the media on his side; he has the UN on his side; he has the nincompoops of petty-bourgeois leftism on his side, and what a bunch of nincompoops they are!

When Cardinal Vigano revealed that the Pope had been protecting child molesters, the Pope told reporters he wouldn’t say anything as he knew they would defend him.

Bourgeois Catholics who follow Francis like inebriated sheep are as much to blame as everyone else for the fall of Christian civilisation. The Church has always defended reason against sentimentality. Papal infallibility was a theological concept relating to matters of doctrine. It does not mean one cannot criticise the pope!  It is imperative, however, to maintain unity and not to forget that, as the institution is divine and eternal, so are its sacraments.

With its manners, mores, viticulture, cuisine, landscapes, monuments, culture, language, philosophy and art, no country on earth has had more grace than France. But the nation is dying under a Big Lie.

Who today is so brainwashed, who so devoid of critical capacity, not to see the hollowness of human rights, the declaration of the universal pride and self-love of man, the Catechism of a ruthless money-grabbing bourgeoisie? Human rights are and always have been the rights of the enemies of the French people.

A time for restraint and reflection

The provocations against the Church in France are coming from all quarters. Recently, Charlie Hebdo magazine published a front page picture of Christ with genitalia covering his tortured visage on the cross. Christians in France knew it was a provocation and didn’t react; Muslims should learn from them.

This month the Government is celebrating 30 years of the Masonic glass pyramid in front of the Louvre. The State Clergy never lose an opportunity to mock the people. But Egyptian pyramids, Solomon’s legendary temple and other obsessions of the State Clergy never produced great art. There is only one religion in the world where God comes down to Man, founding a world institution designed to last until the end of time, and no amount of mystical geolatry is going to change that fact.

Lovers of art come to Louvre to meditate on depictions of the Passion, the Nativity, and the innumerable variations on the greatest story ever imagined. Perhaps one of the most dramatic works in the Louvre is also the most humble. It is an XVth century work from the Carthusian monastery of Villeneuve-lès-Avignon. It is called ‘La Pieta d’Avignon – The Avignon Pieta by Enguerrand Quarton. The work was completed in a time when Christendom was on its knees, as Islam marched into Europe.

Although painted on a panel, the work is almost a sculpture, with the figures protruding from the scene painted against a golden sky with Moorish architecture in the background, possibly representing Istanbul or Jerusalem. Christ is laid in front of his Mother and Mary Magdalene by Joseph Arimathea. He removes the crown of thorns for Christ’s head. The crown of thorns, a symbol of the mortification of pride, were kept in Notre Dame. They, along with a nail and piece of the cross were saved from the fire. In Quarton’s meditation, St John dressed as a priest prays, gazes piously into the distance, his sober face, a receptacle of oriental light. Art critic René Hugue writes:

“The intense restraint of gesture belongs to France, to its living realism, to its consciousness of the life of the mind which, undergoing great spiritual experiences and communicating them with deep sincerity, dispenses with their outward manifestations.”

Gearóid Ó Colmáin is an Irish journalist and political analyst based in Paris. His work focuses on globalisation, geopolitics and class struggle.
Previous The US/Israeli War of Terrorism On Iran
Next Rabbinic Church Burning and the Parrhesia of Christ: Reflections on Good Friday